Every year, millions of fans worldwide sit down in front of their screens to watch one of the most popular sporting events of the year: the Super Bowl. Surpassed in popularity only by the World Cup, UEFA Euro Cup, and the Olympic Games, the Super Bowl takes over media and online conversations for days (or even weeks).

Another demographic is getting into the game, too: for the past few years, streaming analysts have come to treat the Super Bowl as the bellwether for live streaming performance and demand. Right after the football ends, a different game begins: were there major glitches? What was the device reach? How many concurrent viewers? How much bandwidth was needed?

This year, CBS Sports reported an average of 2.6 million viewers per minute, which is a new record for the Super Bowl (but one that certainly won’t last). Streaming audiences increased 20% over last year, and it won’t be long before over the top (OTT) viewing surpasses broadcast TV. But before any of that can happen, the industry needs to overcome a few challenges:

In order to account for this year’s Super Bowl, operators invested over $150M into their networks, installing hundreds of new antennas and small cells to enable live streaming and to ensure fans could enjoy the game and share their happiness or sadness (or boredom, for much of this year’s game).

But the Super Bowl is just the tip of the iceberg. Telecom operators know that in order to meet the rapidly growing demands of live streaming, they need to increase their network capacities. But doing so requires money – specifically, it requires a $275B investment in network infrastructure to move from 4G to 5G for increasing speed, latency, and coverage. This is especially true for mobile network operators (MNOs), who not only want to enable video streaming to replace broadcast, but also aim to replace broadband at home within 3-5 years.

On the other hand, cable operators are adapting their historically asymmetric networks to provide reliable, high-speed, robust internet service to their broadband subscribers. Cablelabs, the industry’s non-profit R&D lab, released its Full Duplex DOCSIS specification a few years ago, offering multi-Gbps symmetric services over the HFC networks, thereby increasing its members’ competitiveness with other internet providers. This year at CES, Cablelabs released plans for 10G, increasing cable modem speeds to 10Gbps in both directions.

Bottom line: Live stream is one of the most visible points of improvement for network infrastructure, but this is a marathon, not a sprint. We’re going to keep seeing investment dollars increase each time the Super Bowl (or Olympics, Eurovision, etc.) rolls around – although we may also see some caution from operators looking to avoid a technological hangover.

During this year’s Super Bowl, fans watching on live stream noticed a 30 second delay compared to over-the-air broadcast – and if we’ve learned anything in the past few years, it’s that the social media firestorm following a botched stream can be a PR disaster. In the past, we’ve seen OTT content providers try to pass the fault onto ISPs publicly, but this is a team sport, and OTTs must acknowledge their own responsibility as well.

Most virtual Multichannel Video Programming Distributors (vMVPD)  and broadcasters have analytical tools embedded into their video players to measure performance. According to one data set, viewers tend to quit if their live streams don’t live up their expectations. Consumer expectations – including the belief that live stream should work everywhere and at all times – are pushing the limits of providers, who already delivered a big pile of improvements in 2018, including a 23% improvement in buffering and a 34% decrease in video start failures.

Bottom line: When Twitter is blowing up for the wrong reason, nobody wins. We expect these problems to be eliminated with technologies like WebRTC, but as we all know, customer happiness is a journey, not a destination.

This year, while preparing to live stream the Super Bowl, CBS was looking for network delivery capacity of up to 35TB of data – a staggeringly huge number for just one vendor. Ultimately, they decided to use a multi-CDN (Content Delivery Network) option, settling on 4 different CDN vendors to use in conjunction.

Initially used to accelerate web services like Yahoo! and to increase audio streaming performance, CDNs have played a major role in the development of the internet. Today, CDNs remain a stalwart in connectivity, delivering video content to computers, mobile devices, and TVs. This mix of devices utilizing the same infrastructure and the risks associated with live streaming are leading vMVPDs and broadcasters to use a pool of CDN vendors to balance risk and decrease prices, much like CBS did this year. This so-called multi-CDN strategy has proven to work well, although some argue that “more CDNs is not necessarily better.”

The question remains: can this be improved?

The answer: of course.

The multi-CDN strategy may have worked well during the Super Bowl, but as we know, viewers’ expectations are only going to grow – and this year’s stream wasn’t even offered in 4K. CDN prices are going down, but will require large global investments, and events like the Super Bowl aren’t even profitable for CDNs – they take these on for clout and PR. As operators begin treating CDNs as a commodity, strategic priorities will shift to performance amplification and lifespan maximization.

Bottom line: Traditional CDNs are still relevant – for now. Software delivery options, which can more than double distribution capacity during peak streaming, are growing, and we’re expecting operators and CDNs alike to invest in these technologies going forward so that large event live streaming and turning a profit are no longer mutually exclusive.

No one is questioning that internet TV is here to stay, but challenges remain for MSOs and MNOs who will have to hustle to meet consumer demands at pace. We can expect to see rapid changes in network infrastructure, quality of experience, and distribution in upcoming years, along with the proliferation of companies that will enable improved live streaming quality in the future.

In the meantime, we’ll keep coming back to the Super Bowl as a baseline for year-over-year growth in live streaming quality and usage – and here’s to hoping that the game is more interesting than the halftime show next year. 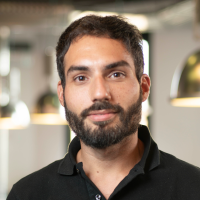 Pablo is co-founder & CEO of Teltoo, whose software-only decentralized video delivery technology helps live-streaming providers to improve quality and optimize delivery costs. He has over a decade of experience in sales, business development, marketing, and consulting with companies including Hewlett Packard, Capgemini, and Novartis. He also has an MBA from EADA Business School in Barcelona. He has become deeply involved in the Colorado tech scene, having moved his business from his hometown of Madrid, Spain to Denver after graduating from the UpRamp Fiterator, an accelerator for later-stage startups.