Nunchee and Teltoo, both part of the Wayra Startup Ecosystem, announced a new partnership to optimize content distribution. Nunchee will, by integrating Teltoo’s SDK to its OTT platform, allow its customers to make use of Teltoo’s decentralized distribution network.

The Nunchee team brings a game-changing service. With them, anyone from content creators to broadcasters looking to launch an OTT platform within a small time frame can, with Nunchee, achieve this in less than 24 hours. Thus, including native branded apps, cloud encoding, payment gateways, adserver, among others.

The partnership enables Nunchee’s customers to easily add Teltoo’s software-only CDN to their service and take advantage of a wide range of benefits. Such as improvements in the viewer’s quality of experience, higher bandwidth capacity, and optimization in their CDN costs.

This is achieved by creating as many caching points as there are viewers. Each viewer can potentially become part of the peer to peer network. Through this network, users share video segments they have already loaded with those who have yet to. As more requests are fulfilled by viewers, less use of the CDN infrastructure is required, and playback issues are diminished, ensuring the viewer enjoys a better experience.

As part of Wayra, Telefonica’s innovation hub with a worldwide presence, both companies have been able to build a solid relationship. Not only have they benefited from each other, but they have also individually reached collaboration agreements with the digital service entities of the Telefonica group.

By using Nunchee’s platform along with Teltoo, media companies making the move to OTT will be able to tailor to every platform their own customized apps and content. Doing so in a matter of hours, all the while including reliable content distribution.

Founded in 2016, Teltoo has developed an industry-leading, decentralized video network that gives operators, media companies, and enterprises the ability to solve the uncertainty of video streaming by maintaining control over cost, quality of service, and unpredictable bandwidth spikes.

Their software-only video delivery network works with existing CDN infrastructures to optimize the hardware already in use by scaling on demand when needed and improving the quality of service for viewers.

Smartbox, based in Chile, is behind Nunchee. A service that offers the fastest way to bring to market your content. Without the need of a team of video engineers and programmers, broadcasters and content creators can within hours publish all their content on branded apps on all major platforms. They serve a broad range of customers across many countries, including Telefonica, Terra, and Vivo Play. 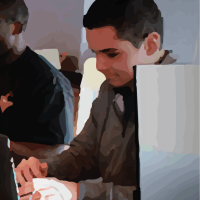