When it comes to sports, they are taken seriously at every level. You will find the same passion from fans and athletes at a high school football game, as you would in the NFL. Likewise, the business corresponding to each level is consistent. Just as fans don’t want to miss any moment of their favorite team’s game at the professional level, parents, friends, and scouts, likewise, don’t want to miss out on the big moments at other levels of the sport. That is why companies such as PlayOn! Sports and the NFHS Network exist.

PlayOn! Sports, a client of Teltoo since August 2019, collaborated with The National Federation of State High School Associations (NFHS), to create what is now known as the NFHS Network, a joint venture developed to provide fans with the ability to stream high school sports.

Recently, we sat down with Stephen Dyer, PlayOn!’s CTO, to go more in-depth on our partnership with them, from the moment Teltoo was first integrated on their platform.

The following transcript has been edited for length and clarity:

Teltoo: What was your opinion on Peer to Peer Technology before our relationship, and now after?

SD: Uncertain and cautiously skeptic, as most people are nowadays when they hear P2P. They aren’t familiar with P2P or aren’t too confident in it. I personally like testing out new technology, if it does not take too much time of course. It is comfortable from a sales perspective to give a white lie and argue that the overall process is relatively easy, but until I see it myself, I won’t believe it. If it gets to the point where we are using too many resources then we tend to walk away, but in Teltoo’s case the technology and integration was so seamless that there was no reason to do so. Now, I recommend you to basically anyone who is trying to distribute video.

Teltoo: We appreciate you spreading the word. Can you further elaborate on the overall integration experience?

SD: Honestly, it is one of the simplest integrations we have ever done. It required minimal code changes and no major alterations as a whole. All that needed to be done was to drop the code in. We spent more time talking about it than actually working on it.

Teltoo: That is great to hear. Now going back to the beginning, what was the original reason you wanted to try Teltoo out?

SD: We were intrigued by the possible reduction in costs. The free trial is what hooked us and the fact that less than an hour later everything was up and working in production. Over time, we realized that the bigger impact was in the quality and experience. We’ve noticed enhanced video startup times, and people generally getting better quality of video from HLS.

Teltoo: Did it improve anything else that you did not expect?

SD: Definitely, there has been a growth in the number of events we have done over the past calendar year, for example. In 2019 we broadcasted over 100,000 sporting events and had over 9,000,000 streams. Our ability to deliver in remote areas has increased as well. The thing about Teltoo is that it takes the edge off the CDN, especially in towns and rural areas where connectivity is not good. Thus, making it easier to stream from said events. We see it as a premium service (added benefit) and an important solution to have for a platform such as ours.

Teltoo: Impressive. How about 2020? Could you briefly elaborate on upcoming plans/predictions for the new year?

SD: We’re expecting to see continued increases in the number of games next year as we install more automated production units in schools (we currently have sold over 4000 units). This should also continue to drive our viewership and subscriber growth rates upward.

Teltoo: In regards to those schools and your customers, have you received any feedback from them since integrating with Teltoo?

SD: Yes, in fact we’ve been receiving fewer and fewer problems and complaints.

Teltoo: Love to hear it. The final question we have then is, what is it that you like most about Teltoo? And if there is anything else you wanted to mention, by all means go ahead.

SD: The fact that you guys are very responsive and helpful makes everything easier. If there is a problem, for example when we had a minor bug on safari, not only was it very straightforward to pull out the code, but you responded immediately on the issue and had it up and running again within 24 hours. Our relationship overall is a very good one and it is simple to communicate with you, and we value that. Overall It’s been a great experience.

We appreciate Stephen’s help and collaboration with us on this interview and are very excited about this partnership and the future it holds. A big thank you as well to PlayOn! Sports and The NFHS Network as a whole. Here’s to improving the sports streaming experience for every coach, fan, and parent watching in support. 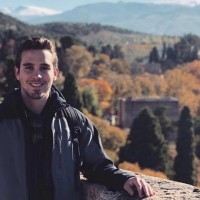 Originally from Chicago, with a degree in Advertising from the University of Illinois Urbana-Champaign, Jose is a Marketing Manager at Teltoo. With a handful of experience in both sales and marketing, he joined the Teltoo team to help spread the word of its innovative streaming distribution solution and eliminate the buffering circle that everyone loves, once and for all!