As a company, we do everything in detail. That includes keeping our customer dashboard up to date with the latest features.

We value our customers’ feedback, which is the essence of the recent updates we’ve added. This is the first delivery of many still to come, in an iterative process to further enhance the Teltoo dashboard.

These past few weeks have been focused on redesigning our dashboard experience to make it more useful and more intuitive. We are removing (or refactoring) those features and charts that offer few or no value at all, and including new ones that offer greater insights.

Below you’ll find the list of newly included features on our main dashboard.

We realized that when accessing the dashboard a few minutes past midnight, this widget shows no information at all, due to only a couple of bytes being moved in those few minutes. We also found the information to be redundant, since It was readily available in the “Daily traffic last week” chart, via hovering over the “today” labeled bar.

To give insight into how overall traffic and CDN offload performance is changing over the past month and a half, we included a new bar chart titled “Weekly traffic last weeks”. With the same anatomy of the existing “Daily traffic last week” chart, its visuals will be familiar and intuitive to the user.

3) Viewers chart on the home page

We realized that you needed to go to the explore tab in order to get information on the number of viewers. Therefore, we included the “Hourly viewers count today” chart to provide easier access. Aggregated hourly as the “Hourly traffic today” chart, it is provided with a shadowed area that, in addition, shows the max and min number of viewers, specific to the hour of day. It is also provided with a tooltip where those numbers are displayed.

4) Speaking of tooltips, those were improved as well

We included tooltips not only for traffic (as we’ve done in the past) but also in viewers charts, like the one above. This is especially relevant in the “Viewers per playlist” chart.

5) Reworked the “Traffic per playlist” chart

We agreed that the former traffic per playlist chart was not clear enough, and it often hid information, literally, since some relevant playlists fell beyond the initial visible area, and in order to reveal them, you were forced to scroll further.

Now, it is more functional: it is easier to visually compare the traffic and offload of the playlists at a glance, with enhanced aesthetics as well.

6) Included traffic of the past months

Again, getting the total traffic of past months was a convoluted task. To access, go to the explore tab, and select the particular month to inspect. Now it is available front and center.

All traffic distribution widgets and tooltips show the CDN offload along with the traffic split per origin. However, we found ourselves adding up these values too many times, that we had to fix it.

We are constantly improving our dashboard and love to hear from our customers, whether the feedback is positive or negative. It gives us the opportunity to better connect with our clients and the market as a whole. Therefore, if you have any suggestions on the new updates yourselves, do not hesitate in contacting us! 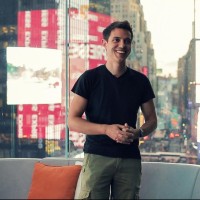